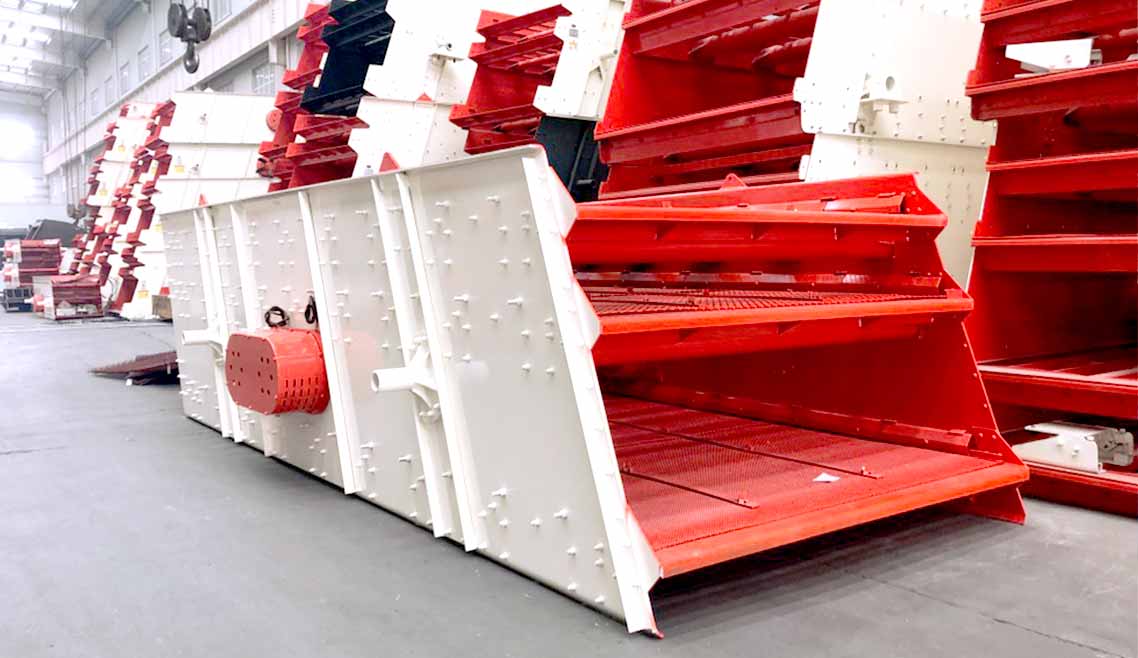 The vibrating screen is subjected to reciprocating vibration and sieved the material.

HXJQ factory support is available worldwide to assist you throughout the life of your HXJQ Equipment. For answers to your questions or to coordinate a service visit to your plant, please contact Telsmith Our by Chat Online or Email:market@hxjq.com

The vibrating screen is developed from an early fixed screen. The people pour the material which to be sieved on the already fixed screen, the large pieces of material remaining on the screen plate are picked out and broken down again, and until it reached the desired size.

HXJQ Heavy Mining Machinery can provide the linear and circular two kinds of vibration screen to clients, and the circular vibration screen is the most important vibration screen in our company. The vibrating screen of HXJQ Heavy Mining Machinery can sale to all around the world, it supported various kinds of payment method, and be widely used in mine, mechanism sandstone, coal, concentrator, and building materials industry. The vibrating screen is cheap, less investment, and play an inportant role in these industries.

This is our working site of our mining machine: high effcient, energy conservation, environmental protection, lower investment and higher profit

Our customer service team is here to help you 24/7. We can ship you parts, send field service technicians to your site and answer any questions you have. Whatever you need, we are here for you.

What Can I Do For You?

NOTE: You can also send a message to us by this email market@hxjq.com, we will reply to you within 24 hours. Now tell us your needs, there will be more favorable prices!